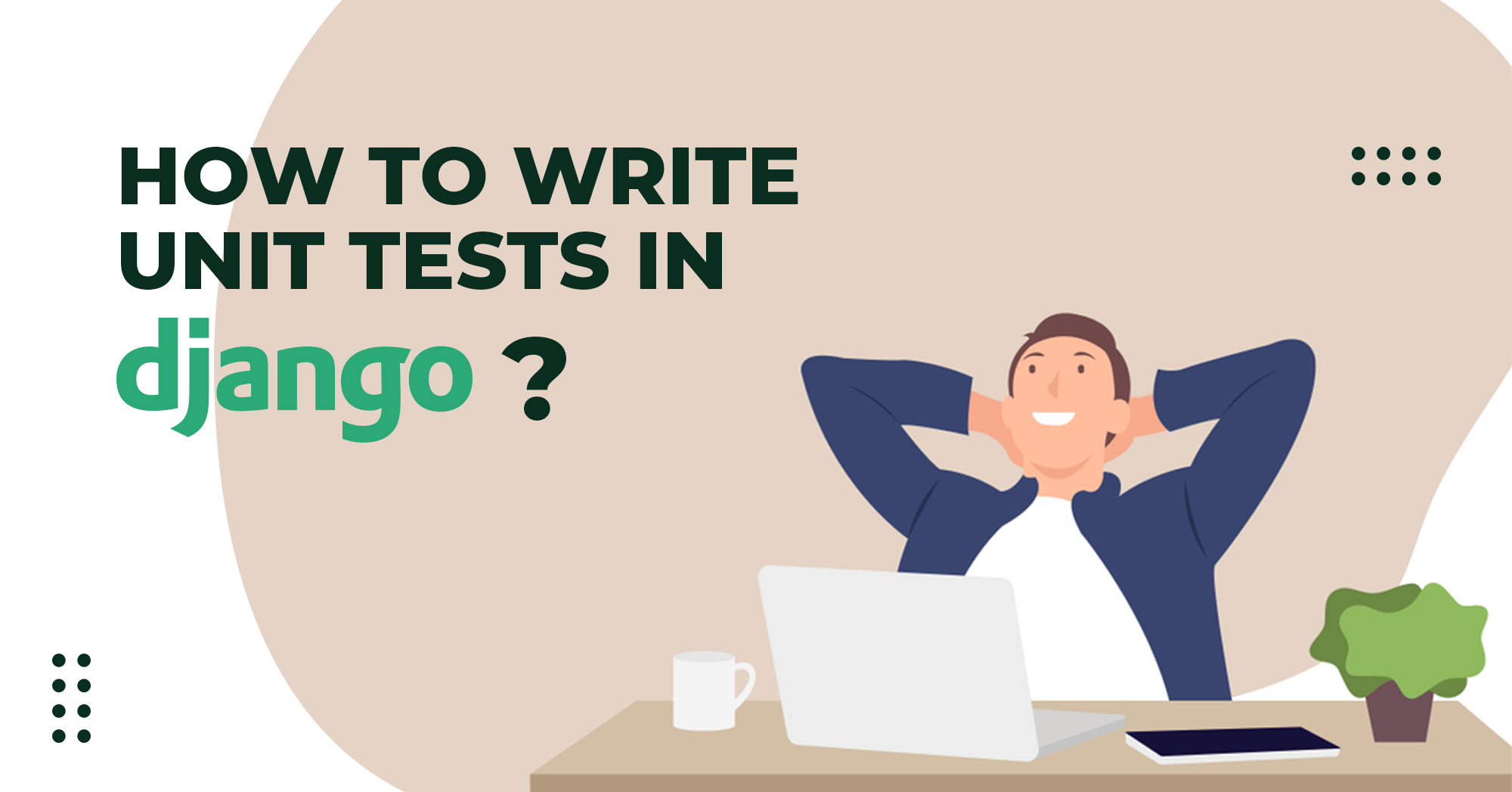 How to write Django Unit test?

In the development of any software, whether it’s desktop software, a mobile app, or a web app, testing plays an important role. Doing proper testing guarantees that your application won’t crash or have bugs in it. Testing can be performed in various ways like writing a script (that’s called automated testing) or manually going through each of the functionality and just looking at the user interface performing some action and doing whatever your application is built for. The main purpose of your testing should be to crash the application in every possible way. In this tutorial, we are going to look at the basics of how to write Django unit test cases.

Each type of software has its own testing processes, tools, and rules. But here, we will only discuss testing web applications written in Django or Django Rest Framework.

Before discussing testing Django applications, let’s discuss some of the general types of testing.

In this type of testing, we only test the user interface and check if the application is doing what was expected. We just go through each and every phase of the app and try to use it as a consumer.

This includes the testing of your app’s performance. For example, if you are testing an API, we test how long it’s taking to send the response, how many databases queries it’s executing in the database, etc. We just set up strict standards and go by them to see if the module is satisfying those standards or not.

GUI testing plays an important role in your testing cycle because that’s what end-users are going to look at. UI testing includes checking the cross-browser and cross-screen compatibility of each and every page of your web app.

Security testing plays an important role in the testing of your application. These tests ensure that all the authentication and permission systems are working fine. One of the common types of security testing is penetration testing. Which is an automated cyber-attack used to test if your system handles unwanted users or not.

This includes that the latest changes in the code haven’t affected or crashed the existing code in the application. Unit tests are also a kind of regression testing that checks whether all functionalities are behaving the same as they are expected to do.

Testing web applications is one of the hardest tests in the software. Because this includes testing the HTTP requests, then the security of your application, then we have to test whether the functionality is working appropriately, it should cover each and every condition. First, it should test the True condition and then the false one. And finally testing the response whether it’s giving proper HTTP status codes, using the right template, etc.

Here is a simple example of a test case:

Once you have written tests, you can use the “test” management command to run your test cases

This command will run all the test cases of all the apps in the project. Additionally, you can run specific tests by passing the appropriate label to the command

There are certain conventions for writing test cases that I personally follow to write efficient test cases that cover all the functionalities and execute each line of code.

Test cases create and use their own database. Each time tests are run, Django creates a test database, runs all the migrations on it, and then it starts running the test cases. After the tests are completed, whether they pass or fail, the test database is destroyed. You can prevent the destruction and continue using the same database each time bypassing the “–keepdb” flag.

Django’s TestCase class follows a certain lifecycle that runs when each test case class is executed. The TestCase class provides certain methods that we can use to initialize content before the test cases are run.

Sometimes in your functionality, you are using certain third-party libraries or performing certain actions that are not appropriate to test. For example, if you are sending an email or performing a Stripe transaction, you cannot do that while running test cases. For these types of issues, unittests provide mock tests. It allows you to replace certain parts of your functionality with mock objects and you can write the test case to see whether the mock object was called or not.

For example, you have this simple view:

In your test case, you don’t want an email to be sent, so for that unit test provide a patch decorator that replaces the certain line with a Mock object.

For testing Django models, you have to test basic CRUD operations using Django ORM. If you have overridden model methods like save, you can test the functionality written in that method too. You have to individually test validations for each field whether it is required or not etc. You have to do it by passing invalid and valid data both

Testing Django forms is the same as testing models, you have to test all the validation bypassing correct and incorrect data individually. You have to check whether the correct error is returned by the forms or not.

As discussed earlier, testing Django views is the most crucial phase of your testing because this is where the user interacts. Your test cases should cover all the authentication and permissions functionalities and then after that they should cover your main logic of the view. For testing views, the Testcase class provides a client variable through self.client. We can use that to send an HTTP request to your views.

The method of writing test cases for Django Rest Framework is the same as writing test cases for Django. Except in Django, you have to check for the correct templates, etc. In testing DRF, you have to test for the right HTTP status code that the API is returning and check for the data that the API is returning if it is valid or not.

For example, let’s consider a certain API with a URL as “/input”, which accepts both GET and POST methods. When the API is called with the POST method it requires a certain key named ‘test’ to be present in the request; otherwise, it returns a 400 response. If the request is valid, it returns a 201 status code and stores the data in the database. When the API is called with GET and the user is logged in, it returns the value of “test” given by the last POST request. So its test cases would be like this:

This is how you write the test cases for your web app. The more strict you write your test cases the more secure your app should be.

Other libraries used for test cases

If you have any issues using the unittests library or Django’s default test case class, you can use some other helper libraries that will make your life easy to write test cases:

Pytest makes it easy to write and maintain test cases. It provides detailed information about the failing assert expression. It automatically discovers test case modules and functions. You can read more about Tests from their documentation.

A time comes in writing test cases when you want to create multiple instances of a model and for the required fields, you have to pass the data. Model mommy helps you create instances without the hustle of passing long and huge data. You can just pass the desired field’s values and the model mommy will handle all other fields. It makes the life of developers easy.

Why Use Django Framework And For Which Type of Applications

A few days back I have to write an API to register a user using Facebook and Google social auth. The task was simple I […]