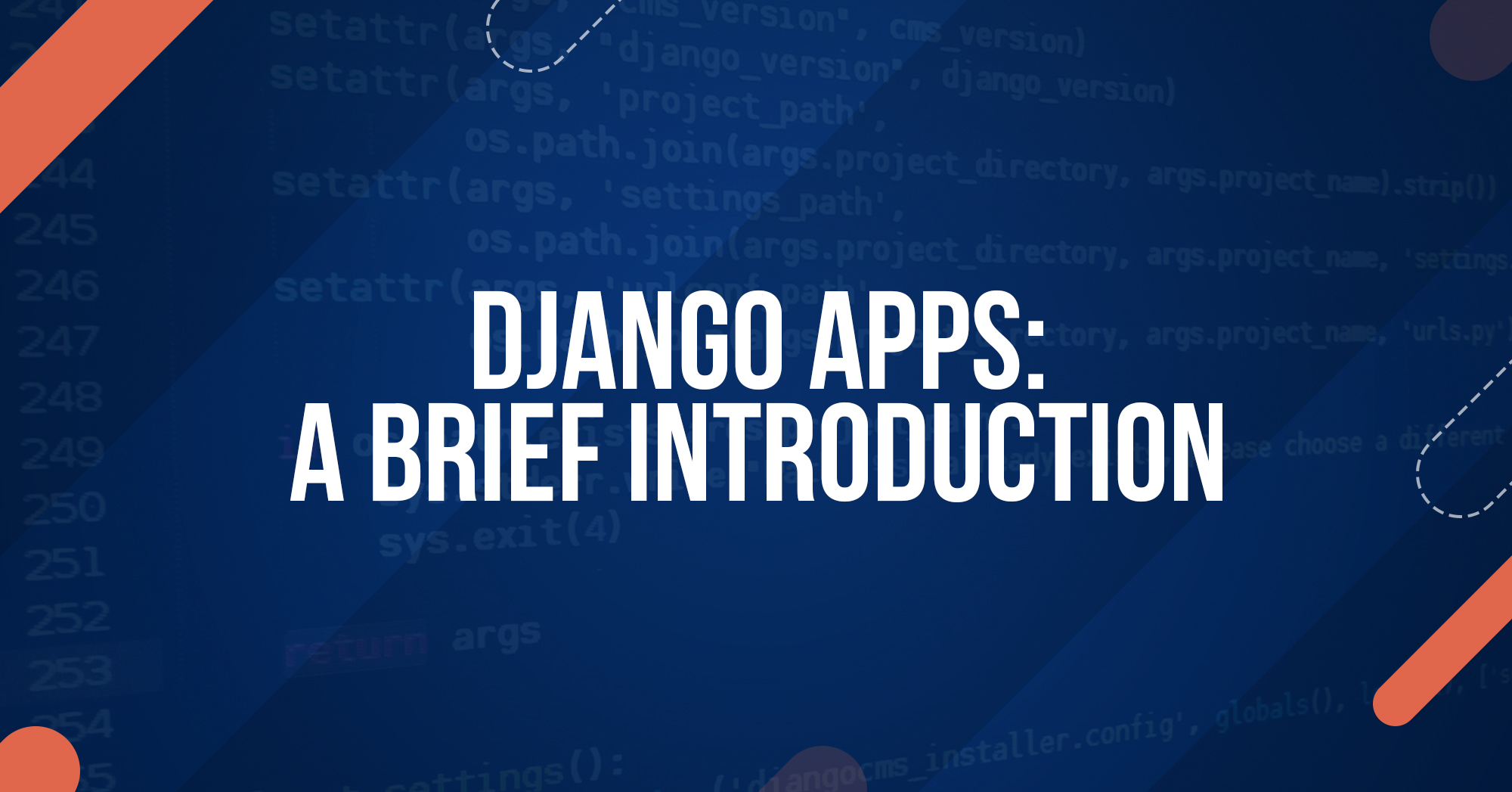 Before diving straight into Django Apps, let’s discuss what actually a Django project is? A Django project is basically the module where all the functionality, settings, and configurations of your website lie. It consists of some settings files, a manage.py file to interact with the project, and some apps for different functionalities. Instead of creating multiple apps, you can create one app and throw all your code in that one app but that will kill the purpose of Django Framework.

A project’s root directory that contains the manage.py file is the home to all the apps in that project.

In that app, you will write your authentication models, views, and templates.

Another example is that you are developing an e-commerce application and you want to implement the cart functionality. You want a user to add products in his cart and then the whole checkout flow. In that case, you can have a separate app for cart only and in that app, you can implement the functionalities of adding products and then checking a user out.

Benefits of using Apps in Django

The implementation of Apps in Django is such an amazing feature that it has reduced the amount of time to understand what’s happening in the code and then debug the issues. Suppose you are having issues with the authentication system. In that case, you can just go to your authentication app and look into all the models and views for authentication and easily find your issue.

Django apps allow us to copy the whole app and paste it into another project with very little to no coding required. You just have to register the app in INSTALLED_APPS and you are good to go. For example, if you are creating two different eCommerce platforms and both have the cart functionality then you can just copy the cart app from one project and paste it into the other one make some tweaks according to the requirements of the project and you will see a fully functional cart functionality in that project too.

Apps in Django are designed for easy, clean, and readable coding. The process of having multiple submodules in your project for each individual functionality lets you write good code in a very short amount of time. With one simple command, you will have a python submodule with all necessary views, models, and configuration files set up. With the proper naming convention of your app, you can make your project highly readable and understandable.

When you are following a proper convention of naming your application, it makes your code easy to maintain. For example, if you want to add new functionality or update the existing one in the cart, you can just go to the cart app and make your changes.

Share the details of your request and we will provide you with a full-cycle Python/Django development team under one roof.

After the command is finished running, you will see a python module created in your project folder. In that module, you will see multiple python files already created for you like models.py, views.py, apps.py, etc.

After the app is created you need to register it with Django’s AppRegistry. In order to do so, you have to add it to the INSTALLED_APPS list in your project’s settings file.

If you are writing an app that can be used in multiple projects then you can create your AppConfig class like this:
If your app name is authentication:

Now you just need to copy your app to any project and add ‘authentication’ in the INSTALLED_APPS of that project.

For registering the signals, you have to refer to the sender in a string instead of passing the actual class. For Example:

The application registry is the feature of Django that handles all the registration of apps. It provides the following methods:

When Django starts, django.setup() is responsible for registering apps. This method configures Django by loading the settings, then it configures logging (if available) after that it initializes the application registries. This process is performed every time the Django server starts or when a management command is run.

After that, Django tries to import models of each app. At this stage, the methods like get_models and get_model become usable.

After the success of both steps, on the last step, the ready method of each app config is called.