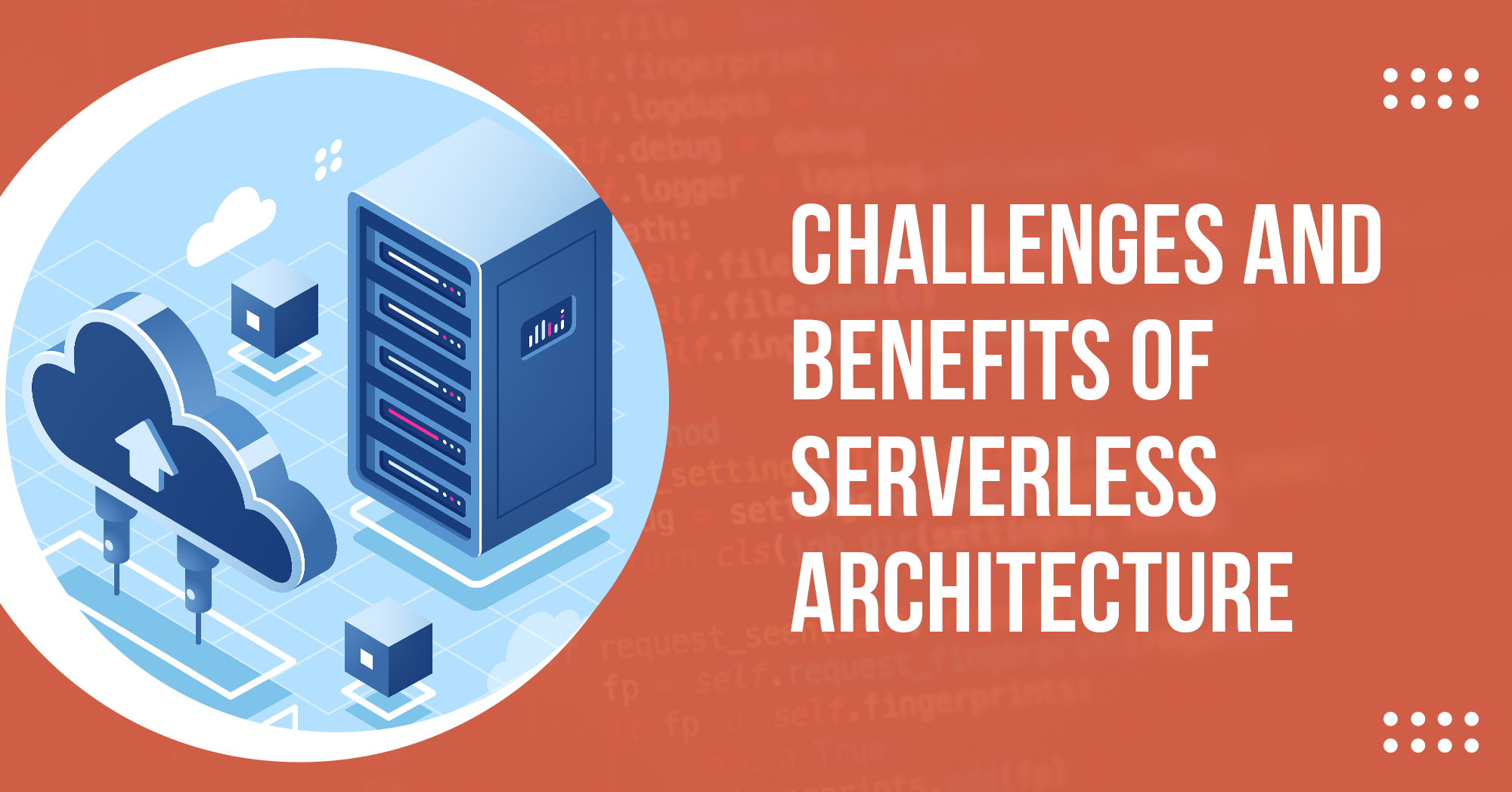 Challenges and Benefits of Serverless Architecture

Serverless architecture provides a large number of benefits over traditional server-centric architectures. To some developers, it provides more flexibility and scalability while others find releases and deployments on serverless easy and quicker. All of it with a reduced cost. By using serverless architecture, you don’t have to worry about purchasing additional resources, provisioning them in need, applying updates, or managing servers. In this blog, we are going to discuss the challenges and benefits of Serverless Architecture.

How Does Serverless Architecture Work?

In serverless architecture, a third-party vendor provides services for server management. From gaining resources to provisioning them and from upgrading systems to scaling that in need everything is done by the vendor. This architecture relieves developers from the headache of managing servers. They just have to deploy their code for a new release and sit back while serverless handles every other thing for them.

In serverless architecture, your applications are deployed on cloud-based servers provided by a third-party cloud provider like AWS. You don’t have to manage the servers by yourself so you can really focus on what you are doing. Using serverless, you don’t have to worry about server downtime, power cut-off, applying security patches, or upgrading your server. This is all done by the cloud provider you are using.

Serverless works on a pay-as-you-go basis. This means that you are only charged for the space or resources your application will use and nothing more. You don’t have to buy a huge server that is constantly running and adding a huge amount to your bill. Serverless only uses resources that are necessary for your current load. This is a perk of using serverless.

By using serverless architecture, we don’t have to upload code to the servers or do any backend configuration for that. Instead, we can upload specific parts of the code to release a new build. We can upload the whole code all at once or just update one or two functions as serverless is a set of functions that can be provisioned on demand. This decreases the time in deploying the code and makes it easy to manage it. This also allows you to patch, update or fix one part of your application. It is not necessary to deploy the whole code every time you make a deployment. Just update the specific functions!

As the application in this architecture is not hosted on a single origin server, its code can be run from anywhere. Therefore, it is possible to run the code as near as possible to the end user to decrease the latency that users face while loading the application.

Looking for a Development Team?

As we have discussed the benefits of using serverless, let’s take a birds-eye view of the challenges developers face when using this architecture.

Because the code in serverless is deployed in multiple functions it is very difficult to debug it when deployed. Developers feel many challenges while finding an issue in the code as they don’t know about the background processes and because your application is broken into functions. Plus it is also very difficult to replicate the serverless environment on your local machine.

Think of a scenario where multiple companies are working in the same building and on the same floors – Serverless is the same. Third-party providers run your code on the servers shared by multiple other developers which introduce new concerns about the security of your application especially when your application is handling sensitive information. If the server is not configured properly, it will result in major data exposure.

Serverless is not suitable for long-running tasks. This is a major challenge when working with serverless because if your function is doing a lot more stuff then it increases the running duration. Serverless has limits on running durations. For example, AWS Lambda has a default limit of 5 minutes. This means after 5 minutes the function will stop running and your process with it too. So if you need to process a huge amount of information, you may need to split up your function into multiple functions which may add to your cost.

This is also a major challenge in a serverless architecture. As the functions in serverless are not always running, the code has to boot up when first used. This will add to your startup time and will degrade the performance. However, when the function boots up, you will not face this issue while the function is constantly being used. If the function is idle, then after some time, serverless will automatically shut that down, reducing your cost.

Serverless encourages event-based architecture. This means it is often stateless which means that logs and traces are the only way to understand issues in your infrastructure. But there are some third-party services that provide detailed observability and visibility of your application.

Serverless depends on vendors in case of managing servers; which creates a fear of losing control. This also means that your dependency on vendors also increases. Setting up serverless architecture on one vendor will make it difficult to migrate to another one in the future.

We have discussed all benefits and challenges of using serverless architecture. We found that serverless architecture is beneficial for those systems that have unpredictable workloads. Where you want that kind of system that can reduce your cost by minimizing the use of resources when the system is idle. Also, it is very appropriate for event-driven architectures where you don’t need servers constantly running.

If you have a predictable workload where you already know about the traffic that will hit your server and you worry about cold-start or other issues then going to the traditional server architecture may be better for you where cost is not your concern.