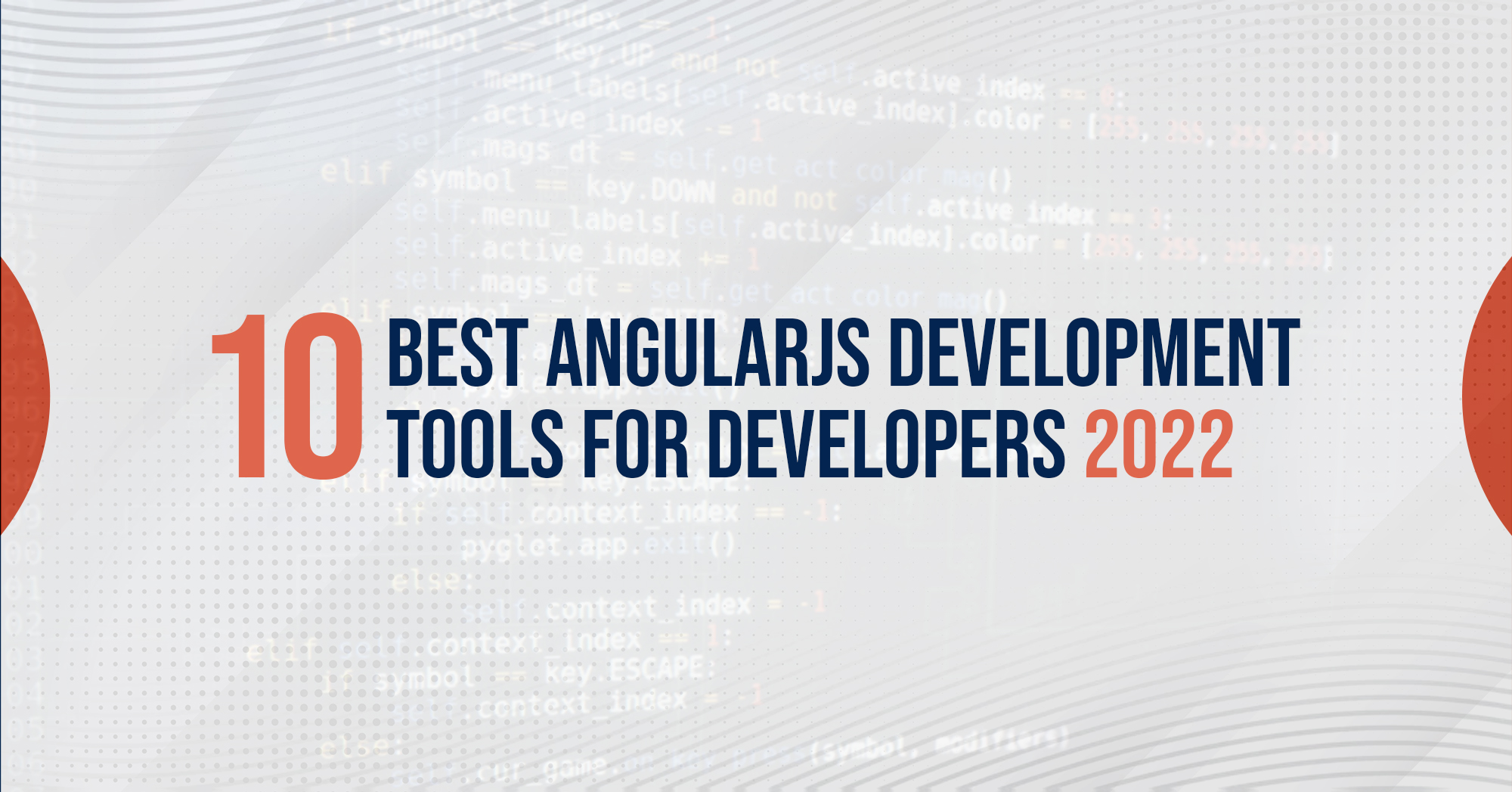 Angular dev tools – Angular is a development platform written in TypeScript. It is a component-based framework for building efficient and scalable web applications. Angular has a collection of well-integrated libraries and a suite of developer tools that covers routing, client-server communication, forms management, build and debug code snippets, and more. During the development phase after maintaining software requirements and designing, the programmer required a great development tool or IDE to make the coding phase smooth and faster. At the moment, We are going to discuss the top ten angular dev tools. Are you excited to optimize your angular application? Learn Angular Performance Optimization Techniques.

Now, the question arises what makes angular so effective? The answer is simple, AngularJs dev tools. Here’s our list of top 10 Angular development tools that ease hyper-effective web app development for developers in 2022 and afar. 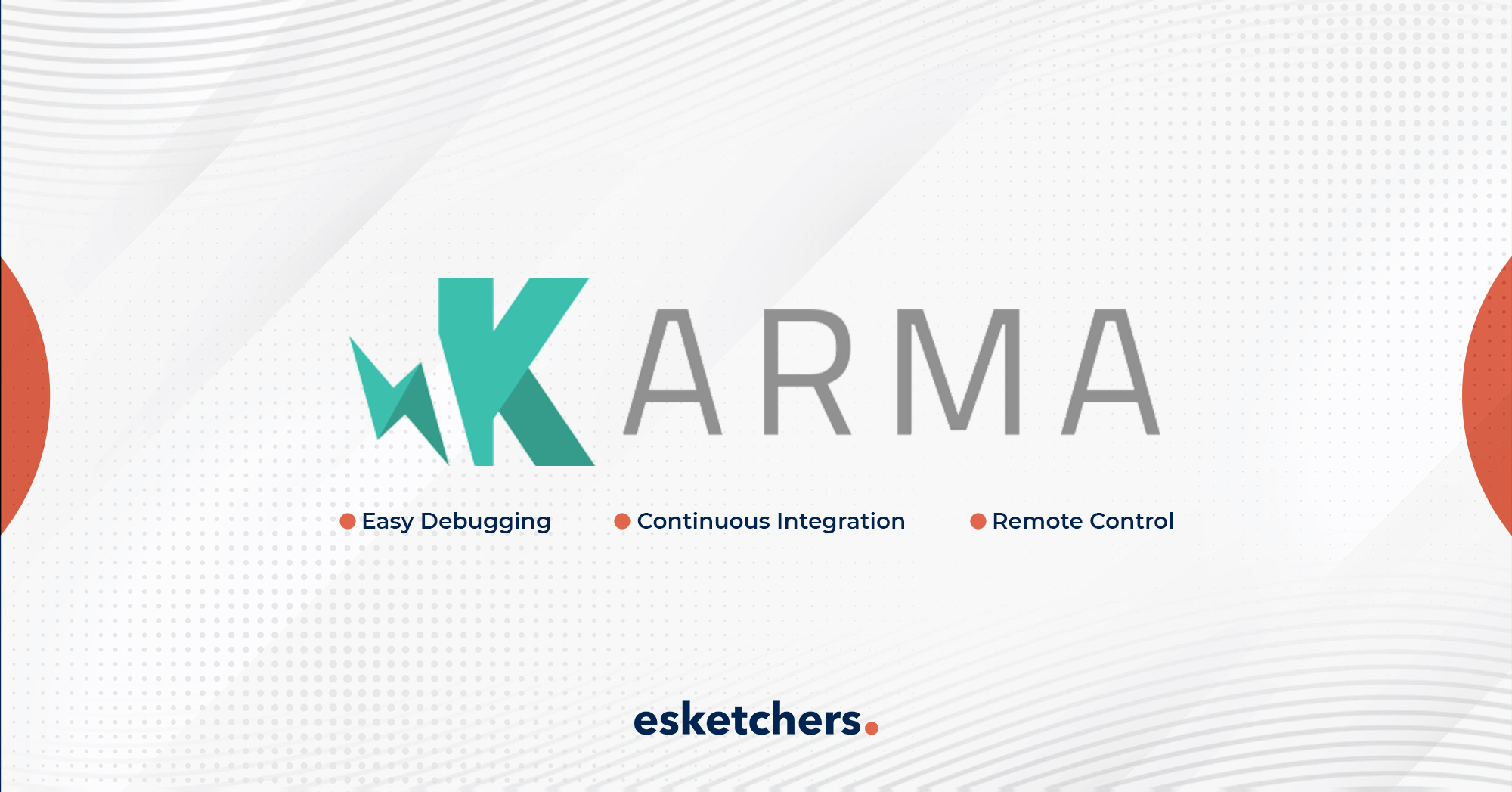 Karma is a testing automation and QA tool for JavaScript(AngularJS) created by the AngularJs team at Google. As the test is an integral part of a software development cycle. No product can be launched without testing, therefore, Karma is great to test AngularJs-based applications.

It runs a test in the browser and reports them in the Command Line Interface giving in-depth detail on each test status. This spectacular test runner for Javascript also provides different tests like E2E testing, midway testing, unit testing, and so forth. 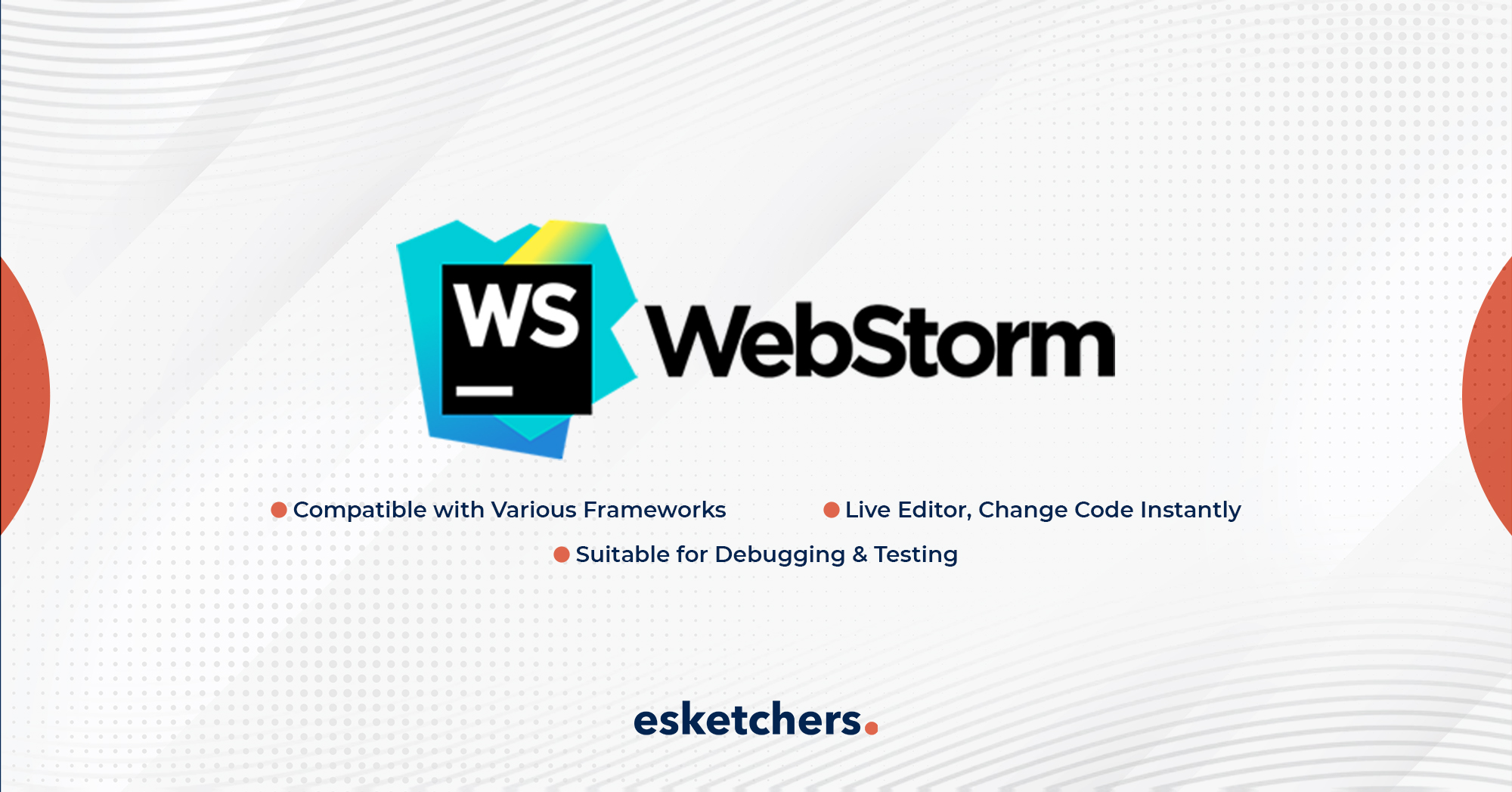 Webstorm is a flagship product of JetBrains, an intelligent IDE with a pre-introduced Dark module. It is among the incredible Angular dev tools, and offers multiple coding and debugging options to developers as well as error-detecting features.

An exceptionally interesting fact is that WebStorm is an Angular live editorial manager that includes JavaScript, HTML, CSS, and Node.js. It also comes with multiple pre-installed modules or packages like Dart module, Git support, etc. 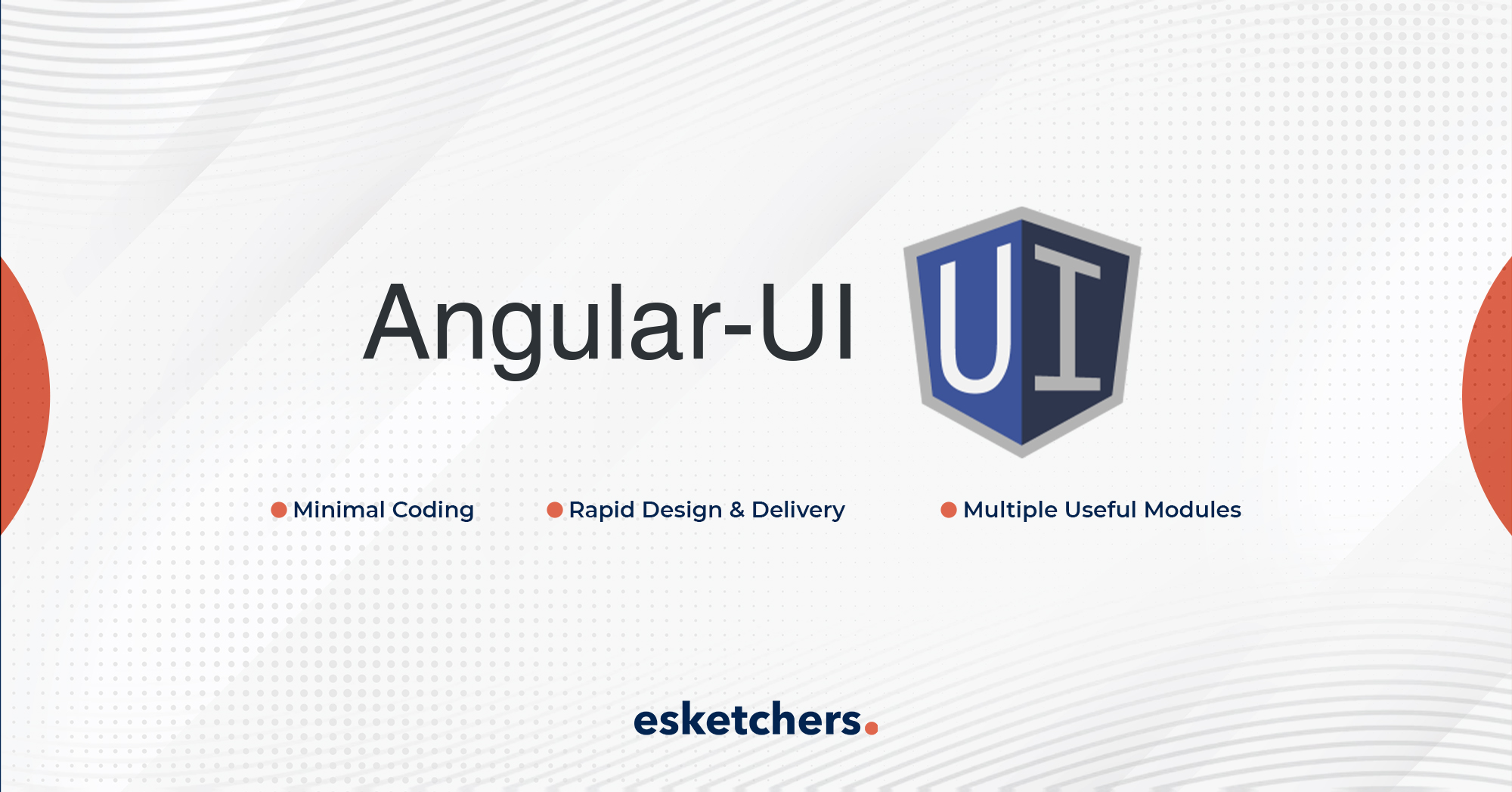 Software development speed, incredible tooling, and project deployment are the keystones that make AngularJS one of the favorite web development technologies among developers and businesses. At this stage, the AngularJS UI material tool comes into the scene.

It speeds up the development process with the use of directives that can be integrated with UI-Bootstrap, and UI-select. The collection of directives or UI components are UI-map, UI-router, and UI-calendar that are used instead of widgets 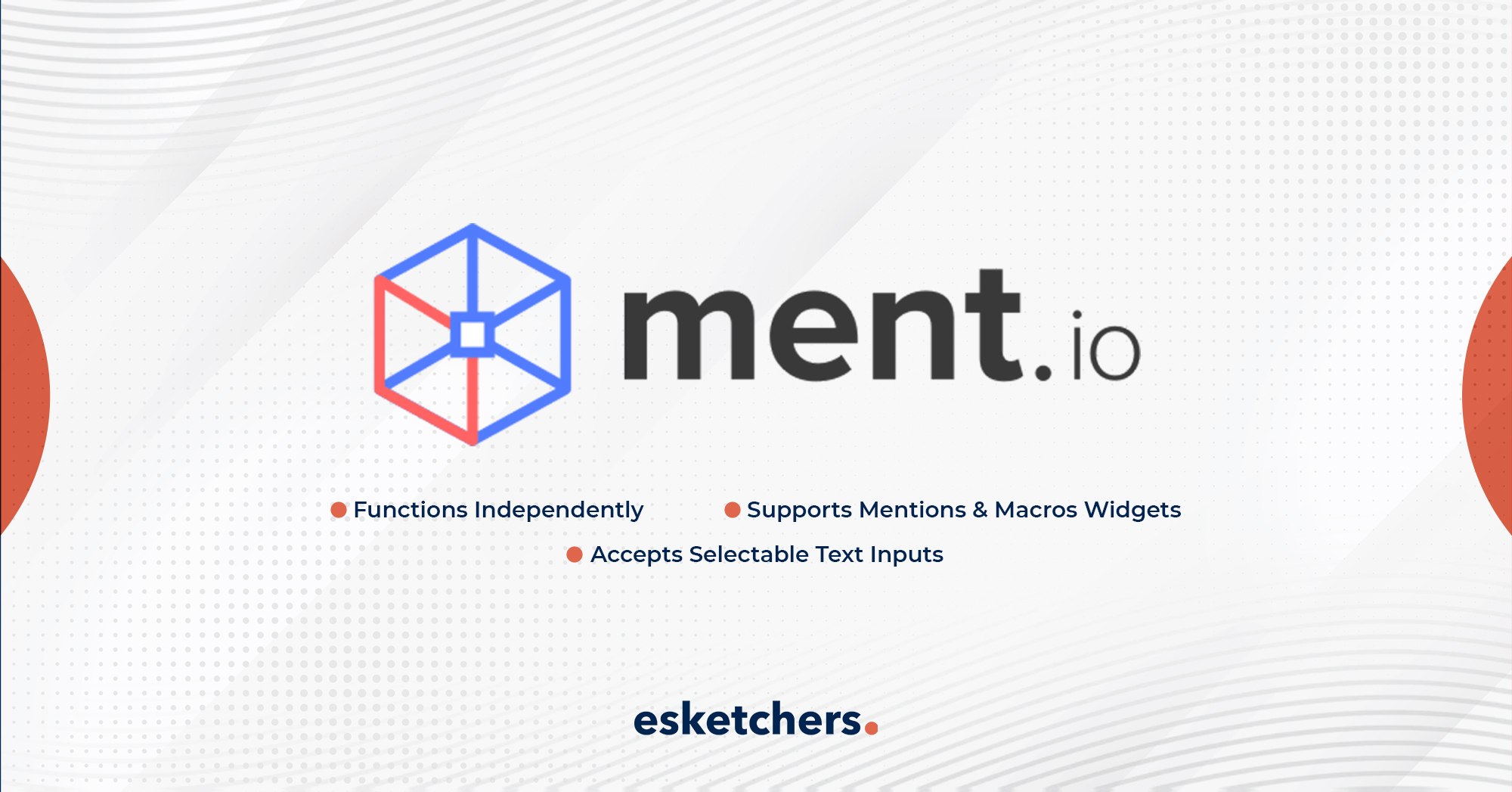 Ment.io is an Angular development tool that supports mentions and macros widgets based on angular. It is a jQuery independent platform that provides flexibility to programmers to apply it to specific code blocks. One can apply the ment.io directive to the desired element and accepts selectable text inputs. 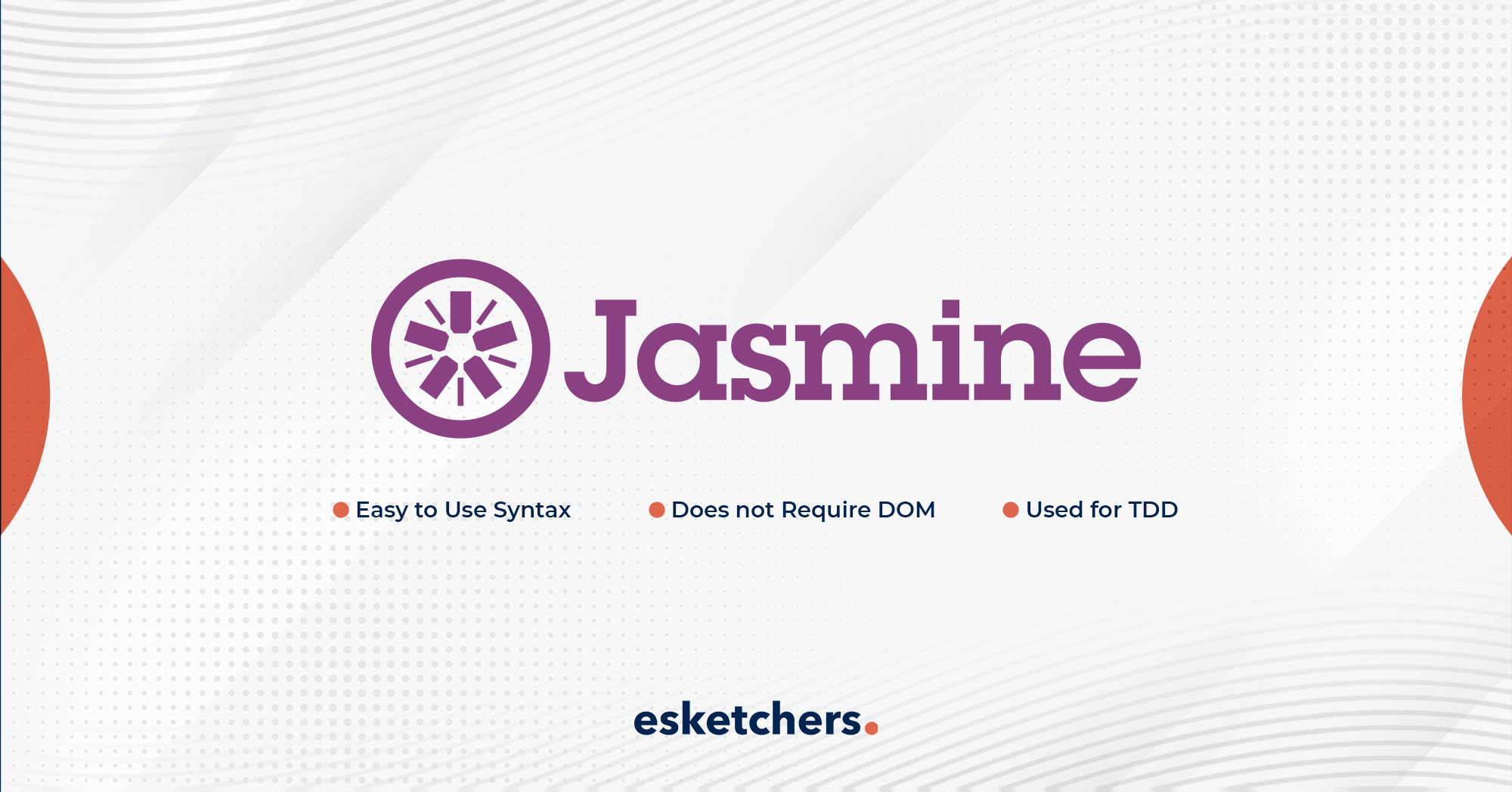 Jasmine is an open-source Angular development tool used for testing purposes. It is utilized for behavior-driven development and can also be used for test-driven advancement with some customizations. Moreover, it offers less syntax complexity that offers high levels of abstraction for developer convenience while de-budding or testing code.

Jasmine is typically combined with Karma where it acts as a test system while karma is the test runner. It is the best tool for testing Node.js code and web applications that support JavaScript runtimes. Finally, all the above-mentioned qualities make it a primary Angular dev tool.

Looking for an Angular Development Team? 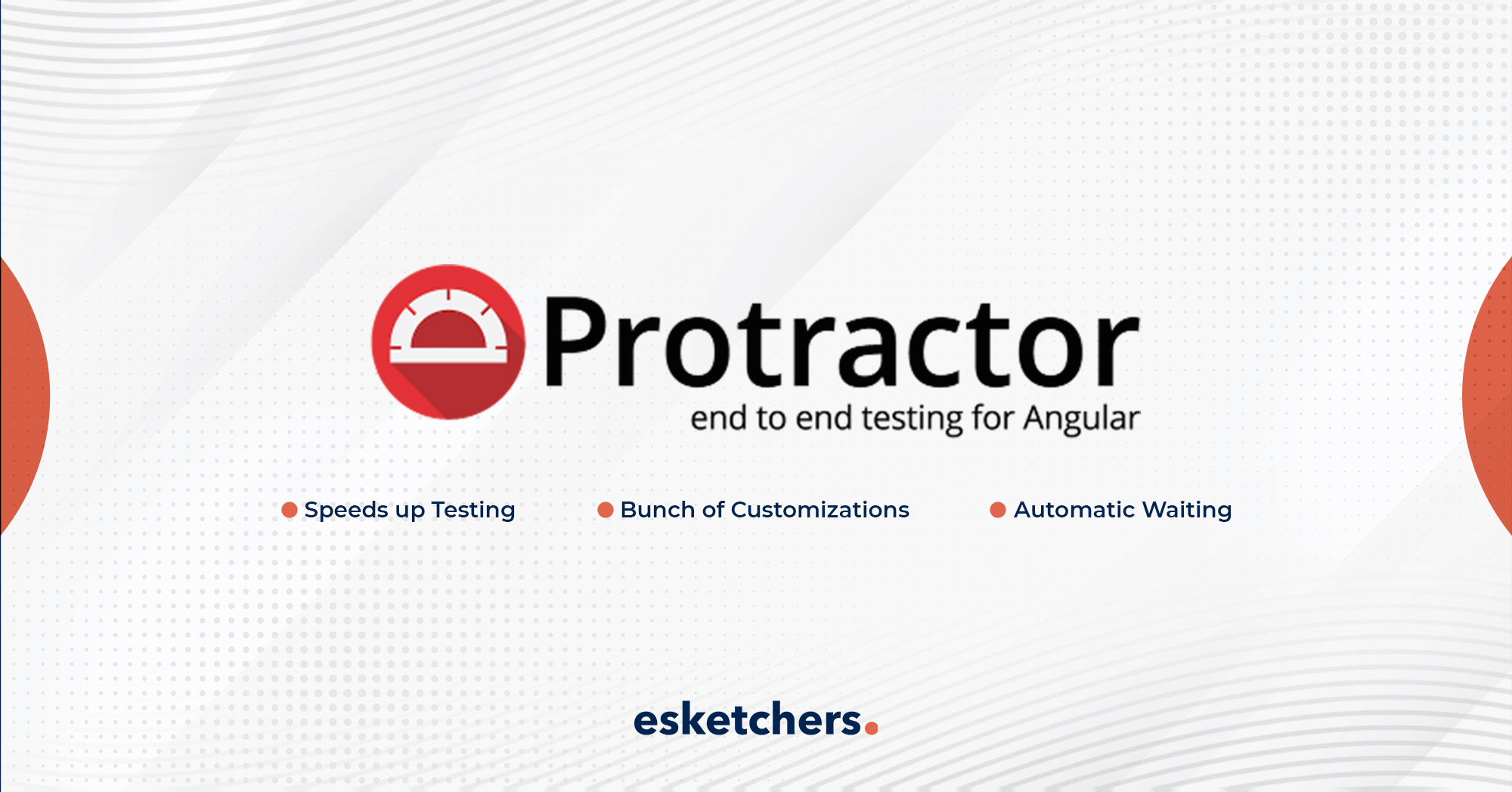 Protractor is an exceptional automated end-to-end Angular testing tool. It was designed on top of WebDriverJS by the Angular team at Google. It has an interactive and automatic syncing application development environment to test Angular apps thoroughly. Moreover, Protractor incorporates different technologies including Node.js, Mocha, Jasmine,  Cucumber, and Selenium. Now, Let’s discuss some pros and cons of this tool and answer a question: why should I use Protractor? 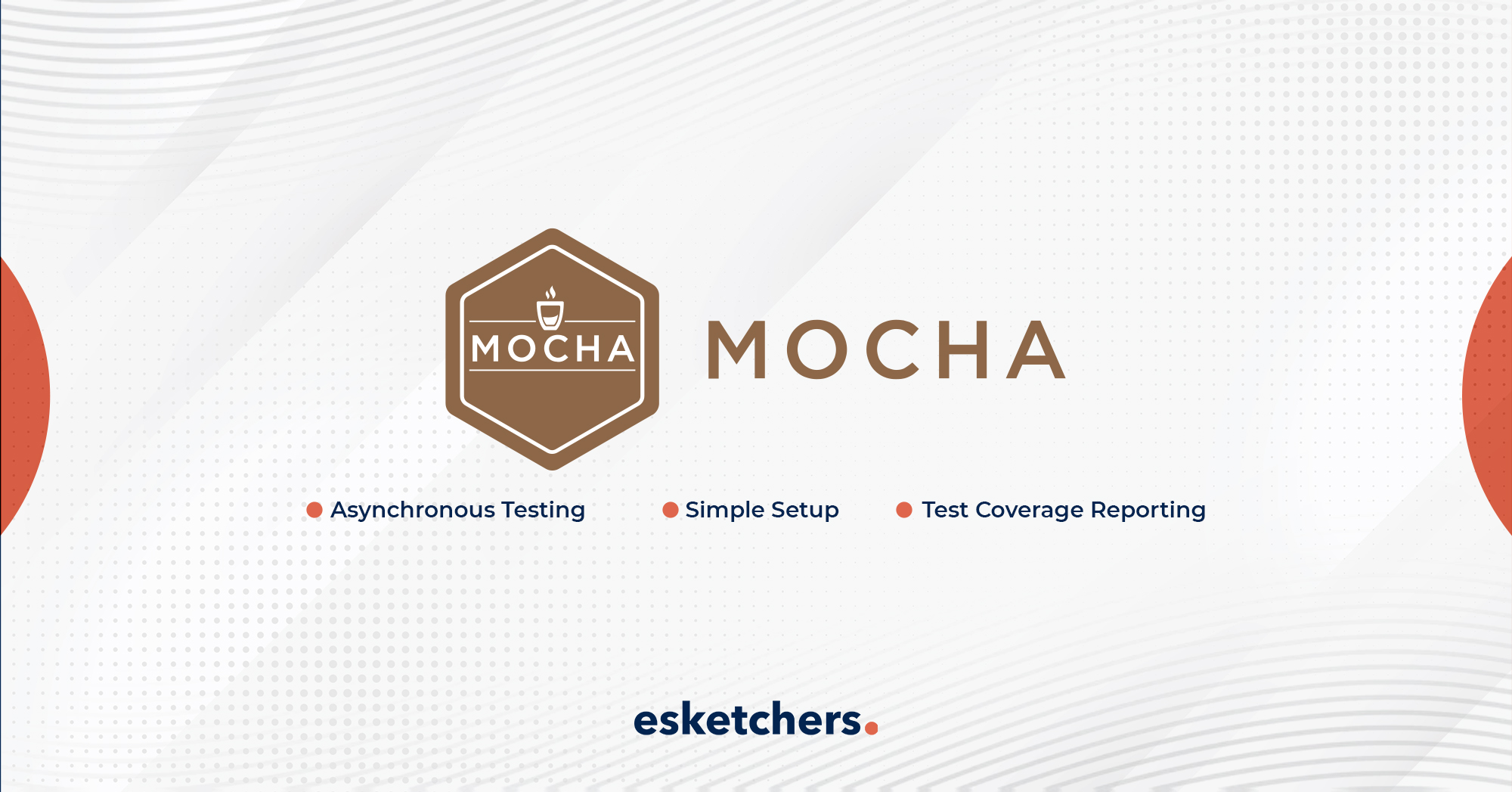 Developer’s around Angular are increasing rapidly, as it is growing. Angular dev tools are becoming an integral part of this whole development process. Therefore, here’s the question arises, What use of AngularJS code if the desired output is glitch and buggy? MochaJS facilitate an error-free flexible development environment that supports asynchronous testing. It runs smoothly over Node.js and on the browsers for every intention. Finally, it’s also an appropriate tool for beginner Angular js developers for training purposes. 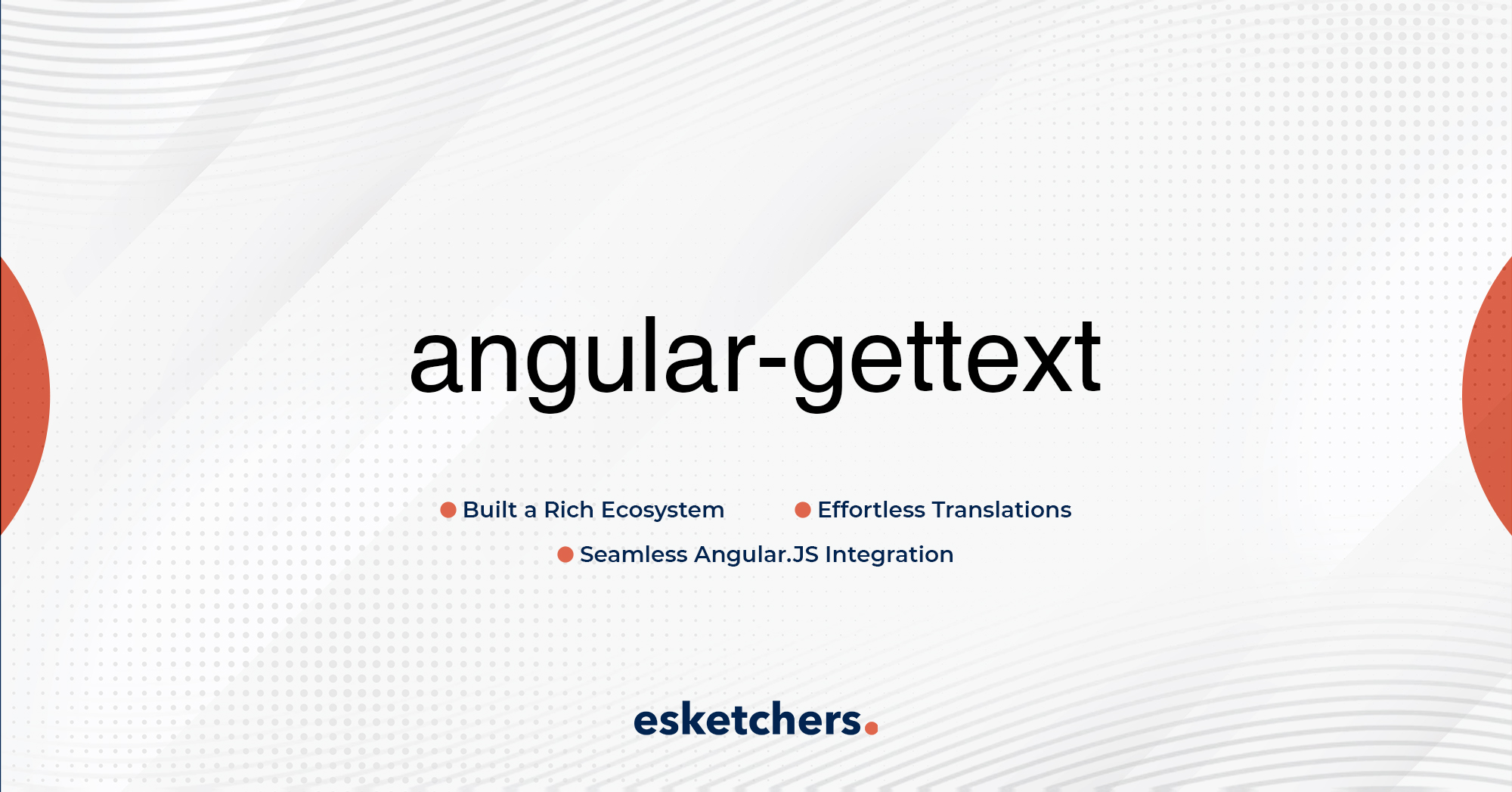 Developers find Angular-gettext a perfect tool for code translations in Angular JS. It was developed to efficiently translate a plain English language and annotated blocks of code written in plain text into a comprehensive AngularJS code. Djangular is an easy framework used to develop rapid, ready-to-use, modular, and interactive web apps. It was written in AngularJS and REST API(Django) as the backend. In addition, it does not create a heavy load of content. Unlike other angular application tools, it allows the creation of content per application in AngularJS. 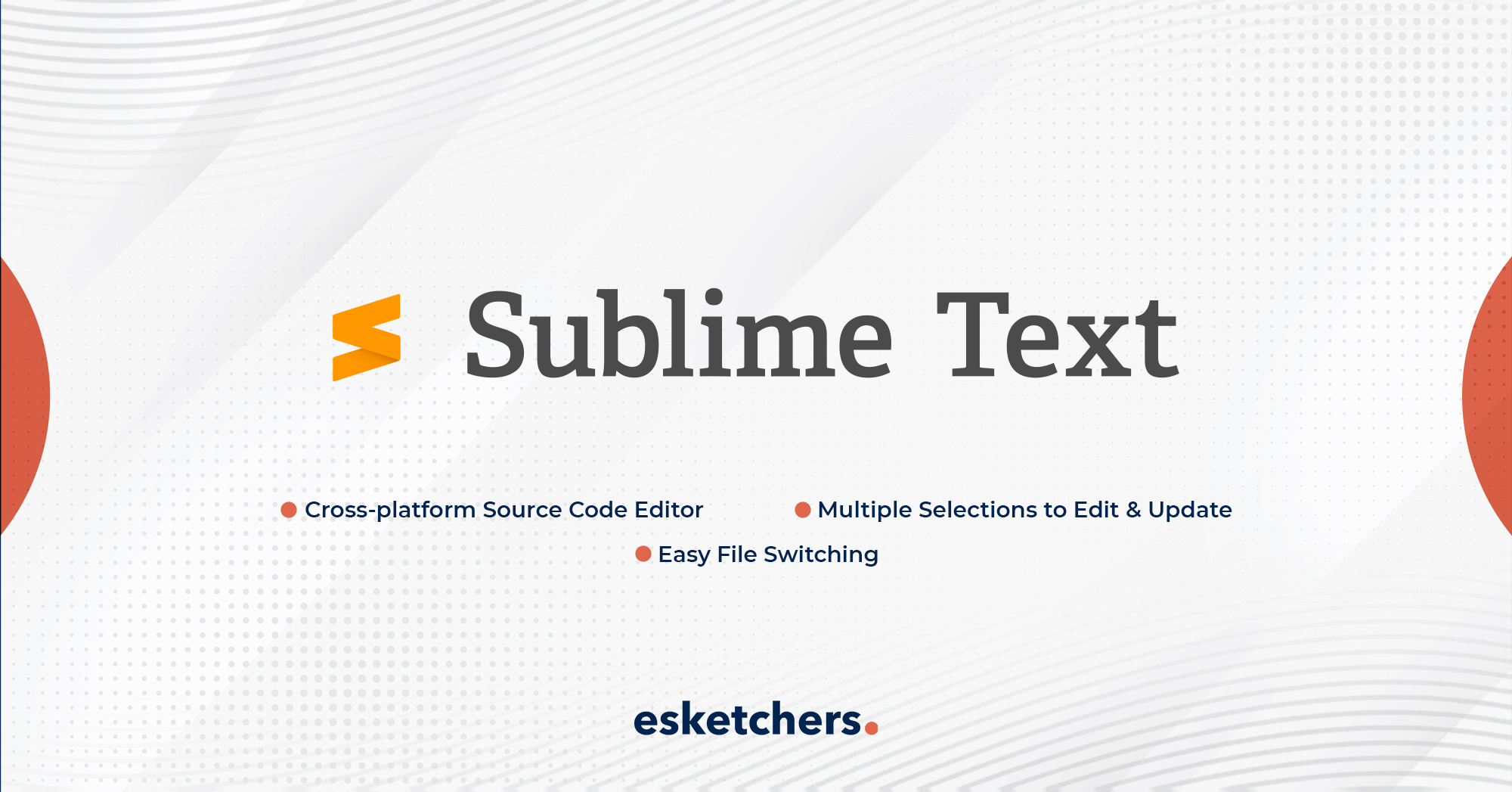 Being a developer, you need to require a powerful tool to code and debug your web application then sublime is the best fit. it is a shareware source code editor that natively supports almost every programming and markup language. Its ‘click to reach‘, ‘Goto Definition‘, and ‘Goto Anything‘ features assist developers to write efficient and more accurate code in less time and effort. Sublime also imparts a simultaneous selection trait that facilitates editing multiple lines of code at once. It also allows addons(Python APIs) to expand the functionality of existing code editors like Angular 13. Substantially, Angularjs developers also prefer to use it due to its quick-to-write and addons features. Here listed some noteworthy qualities of Sublime text.

Now, developing a robust Angular application is no longer a dream or a distance away. The above-mentioned angular dev tools would be recommended by every angular developer. With these tools, angular developers can design robust, feature-rich, dynamic, and highly performant Angular web applications.

In order to utilize and adapt these tools more accurately. It is prime to hire expert AngularJS Developers from a  top-notch software company like Esketchers. We have in-house, dedicated and outsourcing teams to get done your angular project faster. Are you excited to learn about our software pricing model? Learn about Best Software Pricing Models in 2022.

A Brief Introduction to Angular Compiler and Angular Typescript

In this article we are going to learn about Angular, the role of TypeScript in Angular Applications, and how an Angular compiler works. So, let’s […]

Angular, a web applications framework based on typescript, is one of the best and most glossy creations of Google. Angular released its latest version, Angular […]